Pauline Shaw is a Wife, Mother and Grandmother. She became involved in the special needs community after the birth of her daughter Dakota, who has multiple diagnosis'. She is Founder & President of the Effingham County Navigator Team - Support Group and Recreational Program for Children with Special Needs. In 2013 she graduated from AADD's Partners in Policymaking Advocacy Training. Pauline has participated in many advocacy campaign's, most recently the passage of Ava's Law - Autism Insurance Reform and Haleigh's Hope - Legalization of Medical Cannibus Oil. She is very excited to not only be working as the Family Support Coordinator but to also be a part of the B & B Family and helping those we serve in any way possible. She started working for B&B Care Services in March 2015 as an MFP Transition Coordinator for the Coastal Region, began as the Family Support Coordinator in July 2015, and is now the Special Projects Manager and will be in charge of Supported Employment. Pauline became a Certified Mandt System Instructor in December 2015 and completed training in Social Roles Valorization in August 2017. 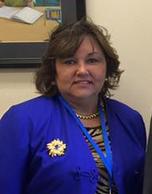 Please click a name or photo to send a direct e-mail.

Dana Coleman began working for B&B Care Services, Inc. in 2012 as Clerical Support. As our company grew, Dana began working in Human Resources and Family Support & Respite Services for the agency in December 2014. In January 2016 Dana was promoted to Office Manager.