Dana Coleman began working for B&B Care Services, Inc. in 2012 as Administrative Support. In December 2014, Dana began working in Human Resources and also Family Support & Respite Services for the agency. As our company grew,  Dana was promoted to Office Manager in January 2016.

Please click a name or photo to send a direct e-mail.

Lynnette Bragg received her nursing degree from Grady Memorial Hospital and is a Certified Case Manager. She has worked in the management of home and community based services since 1988. Lynnette has a strong belief that all people can live in their own home as long as they receive the supports necessary to do so. People need to know they can control as much of their lives that is safely possible. Lynnette says that it is easy to know who is in control in a house, you look at who “holds the remote” or controls the station the TV is on. Lynnette is a strong advocate for people with developmental disabilities. She was appointed by three Governors to serve on the Governor’s Council on Developmental Disabilities from 1992 until 2008, six years of that as the Chairperson.  She recently served as the President of the Georgia Association of Community Care Providers.  She was appointed as a provider representative to the Georgia  Developmental Disability Advisory Council.  Lynnette complete training on Social Roles Valorization in August 2017. 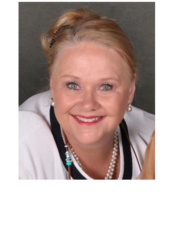